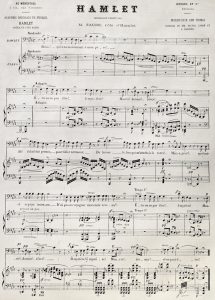 I know I am far from the only voice actor who was once a professional opera singer, but the frequency with which musical concepts appear in voiceover makes me think that the perspective of a musician might be useful to some of my fellow voice actors.  As I began to think about how to approach this topic, I thought of some of the concepts that are commonly discussed by voice actors, coaches and producers.  They may not use the same terminology that a musician would, but the ideas are the same: tempo, pitch, volume, rhythm, melody, color, articulation, line, phrasing and so on. Even harmony and counterpart might apply to voice acting, for example in a conversational passage with many characters that is voiced by multiple actors.

As the list got longer, I realized that any one of those items could be the subject of a blog, or indeed something much longer.  And that could get boring.  So I took a step back and thought about some of the things that music does especially well.  In other words, how composers use these concepts to achieve an expressive outcome.  And one popped out right away: how music can alter time.

The Elasticity of Time

One of the things that sung theatre does very well, whether it is opera or a Broadway musical, is extend emotional moments during a solo or ensemble piece.  Sometimes, sung theatre can be similar to spoken theatre.  It can jump from idea to idea, telling a complicated story more or less in real time.  But in other cases, in particular when the topic is love (which is bound to happen at some point in most stories), the text can be a poetic riff on the singer’s passion…an extended emotional moment, frozen in time.  Why does it take several minutes to say a simple “I love you” in a song?  Because the composer uses the musical tools discussed above to add meaning and complexity to the words.  It is not surprising that both audiences and singers generally like those moments the best, because they are memorable and emotionally complex.

Then there are the death scenes.  While there may be few words, a good composer will add depth to the drama, and thereby make the inevitable conclusion more compelling.  The death of Violetta in the final scene of La Traviata comes to mind.

And it is not just love and death, either.  Any emotional moment, whether solo or shared by several people, can be extended and amplified with the aid of music.  In “The Rain in Spain” from My Fair Lady, sung by Eliza, Higgins and Pickering, the three characters are all very pleased, albeit each in their own way.  The mournful “Dido’s Lament” from Dido and Aeneas reaches the other end of the emotional spectrum.  In all cases, the composer makes choices that amplify the emotions.

Of course, this can happen in spoken theatre as well.  Take Hamlet’s soliloquy.  We all know that we are looking into Hamlet’s mind and experiencing his torment.  Since we have all grappled with difficult decisions in our own lives, we understand that words that take several minutes to utter out loud might flash by internally in a small fraction of the time.  But in spoken theatre this stretching of time is much less common, because most playwrights write in the present tense, and in the first person.  So moments like Hamlet’s soliloquy are the exception.  They likely affect a single character at a time, and are often reinforced by staging, lighting and other theatrical effects.  When those conditions change, the audience knows that “real time action” resumes.

How does this relate to voice acting?  Time can be stretched in many types of long-form narration, especially books, and especially fiction. An author can reveal a character’s inner thoughts in a third person narrative voice, and take far more time doing so than it would take anyone to actually think those same thoughts.  For example, in a detective story, the protagonist might have a paragraph of inner thoughts in the two seconds after she turns a corner and finds a dead body, and before she sees the murder weapon.  The mind is racing, but the action is not.

That sort of sounds like Hamlet: inner thoughts that take time to convey to the listener, but which actually happen very quickly.  Except that, as voice actors, we cannot rely on theatrical effects, so the “time stretch” needs to happen by other means.  That’s where the tools of music come in handy.

Musical language, whether literal (tempo, pitch, rhythm, volume…) or interpretative (line, articulation, phrasing, color…), can be applied to a written text.  When I began to voice audiobooks, and saw that authors often write passages that take far longer to voice than the character would require to think, it was obvious to me that if I approached them musically it would help me achieve a better read.  If I could use the tools I had used as a singer, the story could develop in complexity and interest.  The text may not have a composer’s tempo and dynamic markings, or notations of pitch and phrasing, but applying those concepts to a read will make it into music.  You say you always wanted to sing?  You can!