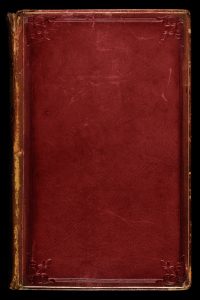 According to The New York Times, the book, which is one of about a dozen copies that are in private hands, is being offered at a price of $2 million.  If that happens to be out of your price range, it can also be found in the usual places, and even in free pdf downloads.  But the alternatives won’t look as good, or feel as good in your hands.

Voices to be Heard

The news of this offering struck a nice note of harmony with one of my many memorable experiences at last weekend’s VO Atlanta gathering, an annual convention of people in the voiceover industry, which this year drew over 600 attendees.  First off, I want to add my voice to the online chorus of praise for the conference’s contributors, content, character and sense of community.  If I were a “conference critic” (if such a role exists), I would be hard pressed to come up with a single weakness to cite.  When I went to the airport after four days jam-packed with information, insight and friends old and new, it was clear to me how fortunate I am to have such talented and generous colleagues.

The particular conference experience that the notice of this book sale brought to my mind was in the Audiobook Narrators’ Panel on Saturday.  Among the panelists was the winner of the 2017 Audie Award in the “Best Female Narrator” category: Tavia Gilbert.  She spoke (and I paraphrase) about the importance of storytelling to the fabric of community and civilization – to the shared human experience.  Such “stories” can of course be both fiction and non-fiction.

Let me tell you a story

And that is where Copernicus comes in.  This book from 1543 was one of the first successful attempts in modern times to use empirical observation and deduction to explain the physical world and our place in it.  One of the first steps of the nascent scientific revolution which flowered and gathered steam in succeeding generations.  The details of the “story” were later revised by other scientists.  For example, less than a century later, Kepler proved that the orbits of the planets were elliptical rather than circular, as Copernicus had believed.  But his revolutionary insight – that the solar system was “heliocentric”, with the sun, not the earth, at its center – was supported by observable facts known to him at that time.  The word “science,” after all, is derived from the Latin scire, “to know.”

Copernicus’ heliocentric explanation of the solar system, which fundamentally altered the accepted European “geocentric” view that had been proposed by the Greco-Roman Claudius Ptolemy in the 2nd Century AD, was not greeted with rapture.  Questioning the status quo was not a well-regarded pastime in those days, and his idea was (correctly) perceived as a threat to certain fundamental and well-established belief systems.  Among other things, the book was banned by the Roman Catholic Church in 1616.

But Copernicus’ heliocentric explanation turned out to be correct, although it was later revised, expanded and improved…as normally happens with a science “story.”

Any similarity between these events and the current debate concerning scientific observation, reasoning and deduction is purely coincidental.