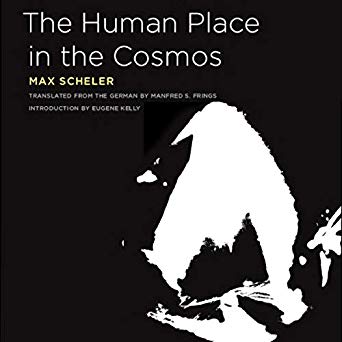 The English word “philosophy” is derived from two Greek roots:  philo- , meaning love, and –sophos, meaning wisdom.  The meaning of our English word is therefore concerned with a “love of wisdom”.  It refers to the pursuit of knowledge about questions that pertain to our existence as human beings: Why do we exist? How should we live?  What is the nature of reality? And so on.

There is a big world out there

The word “philosophy” is, in short, a rather small door to a very large and profound set of questions.  The pursuit of answers to those questions is by definition speculative.  Those who attempt to answer them cannot do so using empirical methods, as can, for instance, physicists or climatologists.  There is no CERN supercollider in which to bombard neutrons, and no Antarctic ice cores from which to measure concentrations of atmospheric CO2 from 400,000 years ago.

Philosophical thought is also recursive, in that the philosopher “thinks about thinking”.  In so doing, he or she must begin at first principles, mercilessly stripping away all assumptions and striving to build a consistent logical rhetorical framework “from the ground up”.

The practice of philosophy therefore requires its practitioners to address questions of the greatest profundity, using a logical approach that eschews the assumptions that underly most daily undertakings, and which cannot ever reach a “provable” final conclusion because the fruits of the exercise are not quantifiable.

There are those who think that such an undertaking, yielding such a result, it not worth the effort.  But despite the absence of hard answers, human beings have been grappling with these questions for as long as they have been “human”: from the ancient Greeks, to the builders of the Egyptian pyramids before them, to Stone Age cave painters and tool makers before them, and on and on back to the most distant pre-history.  One might therefore argue that, despite the fact that you cannot put a bow on it and ever call it “finished”, some sort of philosophical inquiry is a requirement for a full life.  It may come in any number of forms, but at some point it would seem to be as necessary to human life as water.

I was therefore very pleased to narrate The Human Place in the Cosmos, by Max Scheler, for University Press Audiobooks.  Scheler, a German philosopher who died in 1928, was one of the leading voices of phenomenology, or the study of the experience of reality.  He examined traditions ranging from Greek rationalism, to Judeo-Christian theism, to Darwinian natural science, in an effort to answer the questions “What is man?”, and “What is our role in the universe?”.  He proposed as an answer what he called a “philosophical anthropology”.  It was an approach that influenced thinkers as varied as his fellow German philosopher Martin Heidegger, and Karol Wojtyla, later to become Pope John Paul II.

The Human Place in the Cosmos is one branch of a giant philosophical tree.  If you care to take a reflective detour from your everyday life, there are a limited number of free US and UK promo codes that can be redeemed on Audible.  Otherwise, the book is available where audiobooks are sold.  It is not “beach reading”, but it is winter after all, and you might find that the insight is worth the effort.  And if some of the ideas bear repetition (as they probably will from time to time) you can always hit “replay”.