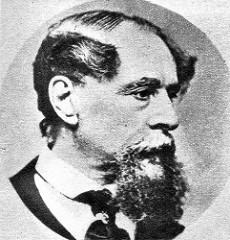 I was fortunate to be able to attend the Audio Publishers Association Convention in New York on the last day of May.  Between seeing old friends, making new ones, hearing about industry developments and listening to some wonderful audiobook narrators read, it was easy to see why the event was sold out this year. (If you missed it, register early next year!)  In my opinion, one of the most interesting presentations happened right off the bat in the morning: the Keynote Address by Tom Webster, VP of Strategy and Marketing at Edison Research.  His firm had conducted an extensive media survey of the attitudes and usage of audio book consumers in the US, and presented a detailed breakdown of how, when and where people listen to them.  I like to extract insight out of data, so I find this sort of thing pretty interesting.

But aside from the number crunching (more people are listening to audiobooks, by the way), one part of his presentation really jumped out at me.  He spent a few minutes talking about how the podcast genre is morphing into a new type of audiobook.  How?  He pointed to a series of about seven podcasts that were compiled directly into an audiobook, without ever being published as a book.  That is something new and different:  an audiobook that comes to life without first being in either electronic or physical printed form.  And the midwife in this process was a podcast.  Beyond existing in its own right, podcasts are now being used to create something new.  Where else might this lead, and what other voiceover genres might be affected?

During this presentation, the first thing that struck me was how much this podcast-to-audiobook process reminded me of the way Charles Dickens wrote novels in the 19th century.  His 1836 novel The Pickwick Papers was first published in serialized form in magazines, and later as a complete novel after the last serialized chapter.  His subsequent novels followed that same convention, and it was soon copied by others and became the dominant form of publication for the remainder of that century.  So, to call Dickens’ innovation “revolutionary” would be a massive understatement.

We don’t know at this point how this innovation in the world of podcasts will affect other voiceover genres, but about a week ago an item of business news added another fact to the mix.  That was the news that, beginning with the release of iOS 11 later this year, Apple would be able to provide in-episode analytics for the podcasts it provides to its customers.  These will answer the question – in a suitably anonymous fashion – “what are people listening to?”  (This article by Nieman Journalism Lab outlines the extent of the impact.)

So, we have the creative repurposing of an existing genre, now paired with what might be a powerful set of marketing insights from a giant in the tech industry.  Maybe this is a game-changing moment.  I don’t know, but I am pretty sure we in the voiceover industry will never look at podcasts the same way again.